We teach meditation in the Kriya Yoga tradition of Paramahansa Yogananda. 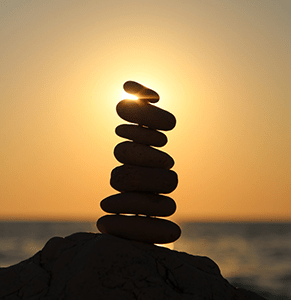 Meditation is a natural process of withdrawing attention from external conditions and directing it inward to a chosen focus of concentration.

What is Kriya Yoga?

The best-known teacher of the Kriya Yoga tradition in the west is the Indian yogi Paramahansa Yogananda. He arrived in the USA in the 1920s. Roy Eugene Davis was one of his most advanced direct disciples and founded the Center of Spiritual Awareness (CSA) in the beautiful mountains of NE-Georgia. This authentic kriya yoga tradition is based on several generations of direct teacher-disciple interactions, and the passing along of ancient Vedic wisdom.

The Sanskrit word kriya means “action.”  The word yoga (verb-root yug, to join or unite) is commonly used to refer to procedures which harmonize the interactions of body, mind, and soul.

The practice of Kriya Yoga can facilitate overall well-being and spiritual growth, or oneness-consciousness: the final result of practice. In Patanjali’s yoga-sutras, a two thousand year old treatise on superconscious meditation, kriya yoga is defined as discipline of mental and sensory impulses, self analysis, profound study of metaphysics (higher realities), meditation, and surrender of ordinary self-consciousness (egoism) in favor of God-realization.

Kriya yoga is a concentrated approach to Self-discovery and spiritual enlightenment: complete awakening to full knowledge of the Infinite and of cosmic processes. It includes the most effective processes of all systems of yoga, with emphasis on wholesome, constructive living and superconscious meditation practice.

The purpose of kriya yoga practice is to restore the practitioner’s awareness to wholeness. This is accomplished by acquiring knowledge of one’s true nature as a spiritual being; cultivating rational thinking, emotional balance, and physical health; purposeful living; and meditation.

To facilitate the unfoldment of innate qualities and elicit superconscious states, specific meditation techniques are taught and practiced. Beginning meditators are usually taught how to use a simple word or sound (mantra) to focus attention. After a period of preparatory study and practice, initiation into advanced meditation processes can be requested.

Although kriya yoga has been known and practiced for centuries, it was Roy Eugene Davis’ guru, Paramahansa Yogananda, who first emphasized it in the west. Yogananda traveled from India to America in 1920 and lectured, wrote, and trained disciples for 32 years before his passing in 1952. His best known book, Autobiography of a Yogi, is now published in multiple languages around the world. 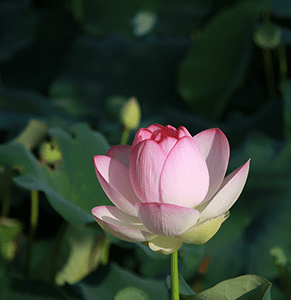 Benefits of meditation practice are manifold. Neuroscience supports changes in the brain that correlate with a better memory, stress resiliance, and peak performance.

The beneficial side-benefits of regular meditation practice have been widely reported in a variety of scientific journals, secular news magazines and newspapers. These can include:

For these reasons, regular meditation practice is now increasingly recommended by many physicians and other health practitioners.

While the side-benefits can be welcomed and enjoyed, the primary purpose of meditation practice is to elicit clear states of consciousness and to facilitate progressive, authentic spiritual growth. 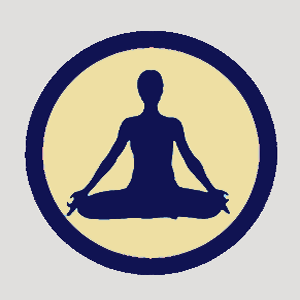 We offer free guided meditations in the Kriya Yoga tradition of Paramahansa Yogananda and Roy Eugene Davis. These weekly meditations are open to all truth seekers with any or no religious background. We teach basic and advanced meditation techniques that can be applied by anyone.
Meditations are Tuesdays at 6 pm. Please sign up for the class for more information.

The Power of Mantra Practice

Talk at the Center for Spiritual Awareness (online seminar)

Why is mantra practice able to enhance mental and physical health? Stella explains the power of mantra practice on a sound-vibrational level and reports psychological scientific findings on the use of Mantras.

“Amazingly relaxing!
After a few lessons only, I was already able to feel benefits.”

“The meditation course was great! A perfect mix of theory and practice: Stella gave insights about the effects of meditation and sound on the body, introduced different meditation techniques and demonstrated them clearly. The joined meditations and Biofield Tuning sessions were amazingly relaxing! After a few lessons only, I was already able to feel benefits for myself.
Stella brings together knowledge, heart, and spirituality!”